It Started With A Whiteboard And A Pen: The Conversations that Changed Two Careers 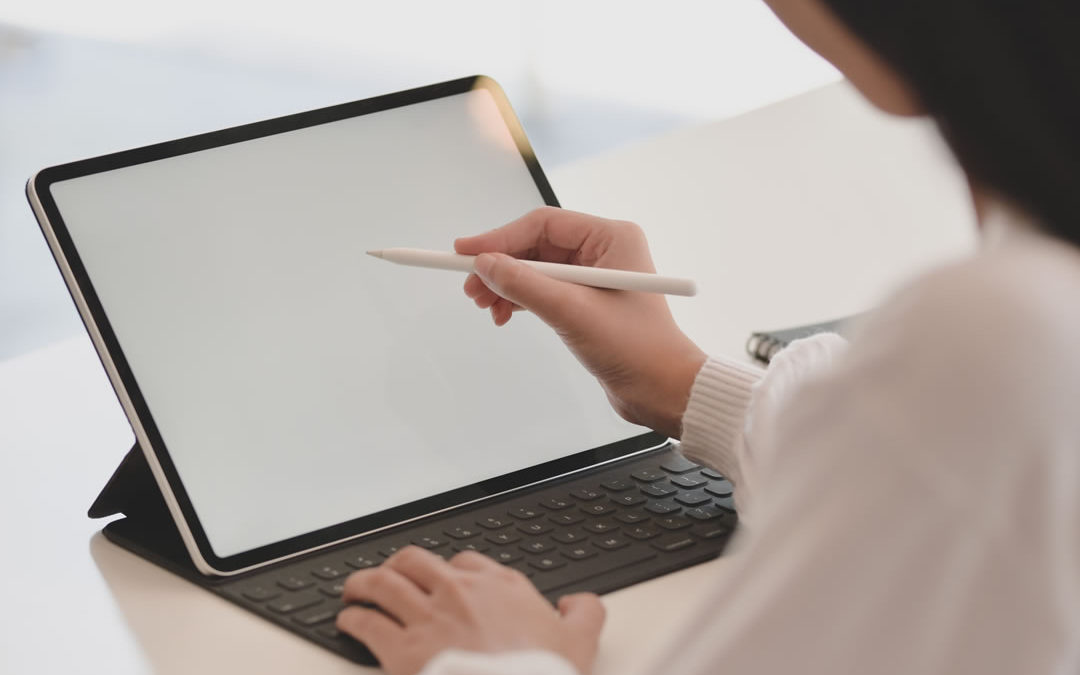 Why I Do What I Do Now

In the midst of the challenging employment landscape faced by many at the moment, the story below is about one of my early coaching clients.

Kay made some very courageous career decisions. It took a lot of tenacity and determination on her part but she achieved an amazing end result.

I credit our journey together as the thing that inspired me to train and do the work that I now do.

I hope you enjoy Kay’s story, and be sure to check out the video link to see how she’s doing now. If you watch carefully, you might even spot me in one of the photos taken when we visited the project to check on progress.

WHAT MAKES IT HARD WORK?

It can be hard work to change careers and jobs, especially when you’ve been enjoying a measure of success. Several things can make the transition difficult:

The reality is that many people reach the stage when things simply aren’t working for them anymore. They often can’t put their finger on why this is, but they know they have had enough of where they currently work.

It might seem strange, but it’s almost never about the money. The motivation for changing career is often rooted in something much deeper. People I have worked with who make the most significant changes often moved into careers where there was considerably more uncertainty about a lot of things. And the route to get there was going to be challenging, and at times quite confronting.

The following story is about Kay, a friend who I met when I lived in Hong Kong. The story is about her career change and the journey she went on to get there. It’s also about how her story influenced my decision to become a Career Consultant. Because in many ways, her journey showed me:

She was a successful, sophisticated business-woman running her own investment company. This was the Kay I met when I lived in Hong Kong. Her career progression had been impressive. She had arrived in Hong Kong twelve years earlier with few qualifications and no experience in finance. She got a job through a friend and set about learning what she had to learn. She worked hard and by the time I met her, she was enjoying all that came with being successful.

Kay was also philanthropic and had a deep desire to give something back, and her success enabled her to do this in a significant way. She was interested in children, and particularly those who had been abandoned. She worked with two other businessmen who were similarly motivated and set about establishing a project to build an orphanage in a neighbouring country.

I was not formally employed at this stage, so had some time on my hands. After a long conversation with Kay, I offered to work with her as a volunteer for one day per week, to help her work out what to do.

This ‘one-day’ per week very quickly turned into a regular series of strategic conversations spanning roughly one year. We discussed the viability of the project and Kay’s options moving forward. The options were all complicated in some way, and it was helpful to identify these challenges as we went along. We then focussed on understanding the current realities out ‘there’ where the orphanage was being built. This included the things that needed to be done to complete the building, and get the project completed.

Throughout all the conversations I had with Kay, we dug deep into what she wanted to achieve and the things that mattered to her. This was a very personal look at her aspirations, values, dreams and hopes. We also talked about her strengths and skills, in order to understand the type of organisation she wanted to establish and the kind of people she might need to bring on board.

During this time, we went and looked first-hand at other service providers and how they did things. This helped us understand what might happen once the build was complete. We eventually identified 10 options for ways Kay could move forwards. These ranged from stopping the project immediately (the least desirable) to completing the build and fully funding the home so that it ran well (the original vision).

At this stage, things began to really ‘click’ for Kay. She began to make some important decisions. The building project took on a new lease of life, and things got moving again.

We had moved back to New Zealand by the time the orphanage building was completed and began operating. Some time later, I received two very interesting emails. The first arrived six months after our return. Kay explained that she was moving her business to the city where the orphanage was being built. This wasn’t a particularly savvy commercial decision. Anyone who worked in the industry would have seen it as a strange move. Kay’s explanation was that she wanted to live closer to the project to ‘keep an eye on things’.

About one year later, I received another email from Kay.  Attached was a photo of a big group of children of varying ages all posing for the photograph, along with several adults dotted throughout the group. Some were holding babies and on closer inspection I recognised Kay as one of these. Her email read:

I have shelved my company now Janet, and I am running the orphanage. I am now a fully privileged Mama for 18 precious children from 1 year old to 23 years old, and the job suits me very well. I am feeding babies, cooking, changing nappies counselling and doing therapies. I’ve never felt so fulfilled and happy in my life. People who knew me before might need to check whether it is true.

Kay was actually now running the orphanage herself. She had a strong sense that she was at last in the right place doing the right job. And she is still there to this day.  Although Kay’s previous work colleagues and business associates must have been surprised by her move, I was very excited for her. I had walked alongside her as she worked out who she was and what she wanted to do. She had definitely ‘Found her Why’ and I knew this was what genuinely mattered most to her.

She had connected the dots and decided that she wanted to work in the area that she felt passionate about, and where she had an emotional connection.

Kay’s decision was a truly courageous one. She left behind the sleek and sophisticated world of investments and finance trading and replaced it with a life that saw her creating a home and caring for disabled and abandoned children. I shed a few tears as I looked at the photo of Kay surrounded by her ‘children’. What an amazing journey hers had been!

As I reflected back later on our many conversations, I identified the key points that helped Kay work things out. We had started out discussing very practical things.

I can remember sitting with Kay on the footpath outside a big airport. We were waiting for our flight to return home from a visit to another facility. We were very excited, and discussed what we had seen and the things that might be relevant to Kay’s situation. The conversation changed at this point and I started asking questions that were more challenging, ones that helped Kay explore on a deeper level. From then on, our chats became gritty and meaningful. Kay appreciated these and often took my many questions away in order to process and reflect on them, rather than answering them immediately.

It wasn’t until much later that I realised how powerful the process and the conversations had been. Kay had given me permission to ask the challenging questions and she had worked on answers that honestly reflected who she was and what she wanted to do with her life. Her hard work and honest reflection changed her life.

The process was shaped around:

It certainly wasn’t a neat, tidy, linear process. Themes that were covered included:

It was a privilege to work with Kay. I still see it as a privilege today to be able to help a variety of clients work out what they want to do with their lives and how they are going to make it happen. Back then, I wasn’t trained as a Career Management Specialist. But I was deeply interested in seeing people fulfil their potential so they can lead meaningful lives.

Kay’s journey taught me a lot about the route to finding a career that is satisfying and meaningful, and one that fits with who you’re wired to be. These are relevant for anyone who wants or needs to change jobs and/or careers and is prepared to make the journey. It’s relatively easy to make a decision to change jobs. It’s much harder to do the deeper work of finding a career pathway that’s aligned with who you are and the kind of difference that you want to make. The journey is worth it. Working out what you really want to do for a career often takes a number of attempts to get it right. It can be complicated and take some time. Working out a range of alternatives along the way keeps your options open to do the work needed, rather than narrowing things down too quickly. Understanding what the real issues are can take time. This is where support from a Career Specialist is really valuable. The big steps often take a lot of courage. They might need you to step out of your comfort zone. The people who invest fully in the process and commit to seeing it through are the most likely to be successful in their career decisions. Taking a good look at the career options you are interested in adds real value to the process. Nothing beats seeing what things look like first-hand. It’s tempting to start into the process with preconceived ideas about how things should work out and hold on tightly to them. This can make it difficult to openly explore alternative options. A more helpful approach is to identify preconceptions early on and allow them to sit equally beside other options. People around you might not understand the journey you are on. Think about how you might explain it to others and ask for their support.

Kay’s journey took her nearly two years until it was fully realised. It was made up of a series of steps along the way that moved her closer to her goal. I am certain she didn’t realise where she would end up when she started out, and neither did I. But if she hadn’t been brave enough to start, she would never have found out. I am grateful to her for asking me along for the journey.

You can see for yourself more about Kay’s jouney here. It certainly had a successful outcome. You might even spot me if you watch closely.

MAKE THE MOST OF YOUR OPPORTUNITIES

There are times in our lives when we have an opportunity to think deeply about what we want our lives to look like. If you sense that ‘now’ is the time for you to make some significant changes, and you have the opportunity to do so, then make the most of it.

The quote at the beginning is a great reminder that one, single first step could be truly life-changing for you. If you’d like someone along with you on the journey, it would be my pleasure to be the one to ask you the gritty questions and guide the strategic conversations.

Email Janet
← When is The Best Time of The Year to Network? NOW! What’s Your Strategy When Your Job’s Up In The Air? →